We are slowly adding products to our website please come in store to discover over 140 local vendors.

Out of stock
•••••
Article code PLN010
Intricately sculptured mug with a beautiful soft coloured soft inside. 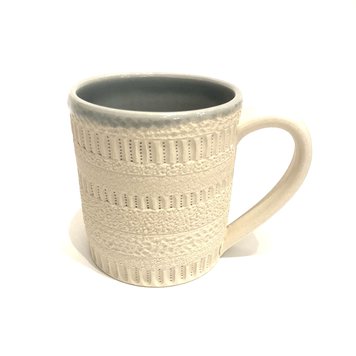 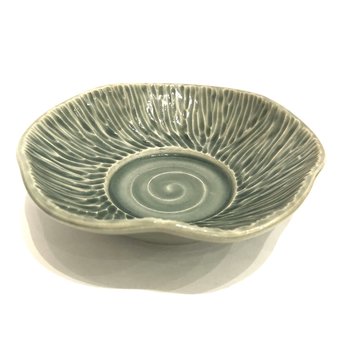 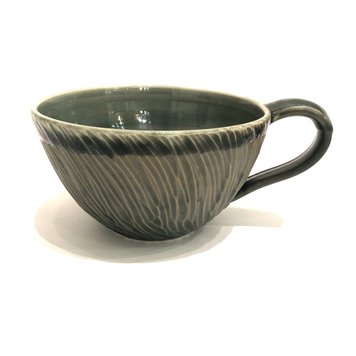 Out of stock
•••••
Article code PLN006
What a wonderful feeling to have a texture on the outside of this small cup. Approx. 3.5 inches tall. With a beautiful copper coloured finish. 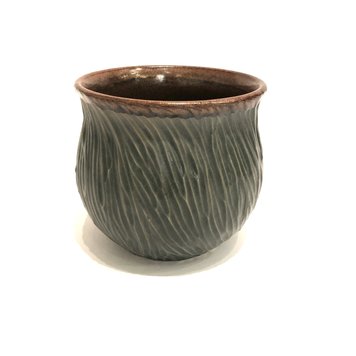 Born in Burlington, Ontario, LeeAnn moved with her family to Calgary, Alberta, where her father started a new business.  LeeAnn continued her education at the University of Calgary where, in 1995, she graduated with a Bachelor of Science in Geology.  From there, she worked in the oil and gas industry for a few years before deciding to marry and travel the world.  An eight-month journey with her husband, Sean, took them to India, Nepal, Indonesia, Egypt, Turkey, and Africa.

Upon returning to Canada, LeeAnn was accepted into the Alberta College of Art and Design, where she took a new career path in the arts.  In her second year, she fell in love with clay, and decided to major in Ceramics.  She graduated in 2000 with a Bachelor of Fine Arts in Ceramics, with distinction.

After graduation, she began a family, and took every opportunity to create clay pieces in her spare time.

In 2005, the family made a move to Salt Spring Island.  This allowed LeeAnn more time to focus on her work and craftsmanship where she concentrated her efforts on earthenware clay and the finishing/glazing technique of Terra Sigillata.  Though the original plan was to stay for a year, they fell in love with the West Coast, and particularly the island of Salt Spring, where they work and play today.

Currently, LeeAnn’s ceramic work has evolved to become more sculptural and she is working with Cone 6 clay, which is providing to be both challenging and satisfying. Though she very much enjoys other mediums such as paint and charcoal drawing, clay is truly the one that has her heart, and where most of her creative energy is focused. She enjoys meeting new people and selling her work through her home studio, and at the following galleries.